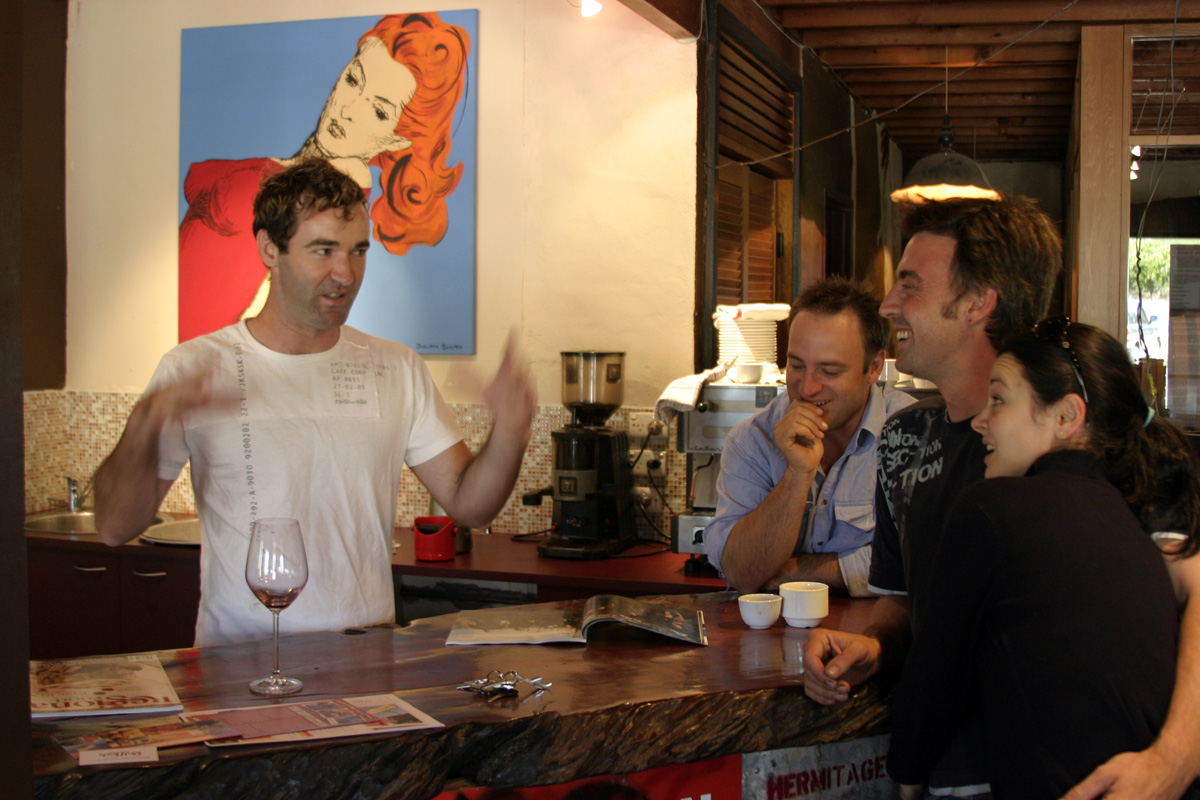 Yeah, quite a lot!  Stopping the flow of bubbling ideas and excitement is impossible when you meet him. But this time he’s talking very seriously in a short video that’s promoting Adelaide and the nearby regions as an ‘alternative’ tourism destination for South Australian Tourism Commission.

Now if it all sounds a little ponderous, and to me it does, much like the other video in this series about She Can DJ winner, Minx, I guess we have to take it as a tourism marketing strategy that doesn’t want to show the excitement and ‘unexpected’, just talks about and teases you into it as an ‘adult’ approach. Since I already know and love the place(s), maybe I’m not the target audience.

There are lots more videos on the SA Tourism YouTube channel, nicely shot and produced stuff like the Nick Cave ‘soundtracked’ one for the Barossa. Be consumed which was just as overly dramatic but so over the top as to be fun.

Having met Justin over the weeks when we were doing the story on Red Heads Studio, and the Fleurieu section of our last print issue (read Jackie Cooper’s story and you’ll understand why I can’t quite reconcile the latest video with what I know about him). I suspect he’s having a chuckle at it all. I do like the dead fox on the chair though.

Here’s the Press Release in full.

Taking viewers on a journey of his own personal Adelaide tale, Justin tells an unexpected story of a city that is heading down a new path, in this bespoke and emotive production. Just like Adelaide, Justin breaks convention with his winemaking, forgetting traditional blends, stuffy regionalism and predictable varieties to take his wine into the post-modern era.

“The people of Adelaide aren’t afraid of change. In fact, we thrive off it. We know good change doesn’t come easy and we’re not afraid to commit and surrender to it,” says Justin.

Visually decadent, viewers absorb the rich and quirky imagery of Justin’s vinification process as he tells of the warm camaraderie amongst Adelaide people, the authenticity of new business offerings and the real sense of Adelaide’s transformation into a great city.

The final in the new two-part series released to support the announcement of Adelaide as a ‘top 10 city’ to visit by Lonely Planet, Justin’s story is a complementary contrast to that of Adelaide born She Can DJ winner, Minx. Together the films showcase the multifaceted personality of Adelaide to prove visitors really can expect the unexpected.

This series establishes Adelaide as standing proudly apart from other Australian cities. It’s not trying to be Sydney or Melbourne; it has its own personality and quirky elements.  With so much passion, there are far more than two proud Adelaideans who can’t want to share their part of the world with you – so if you ask, chances are you’ll get more of answer than you bargained for.

Yeah, quite a lot!  Stopping the flow of bubbling ideas and excitement is impossible when you meet him. But this time he’s talking very seriously in a short video that’s promoting Adelaide and the nearby regions as an ‘alternative’ tourism destination for South Australian Tourism Commission. Have a look. Now if it all sounds a…