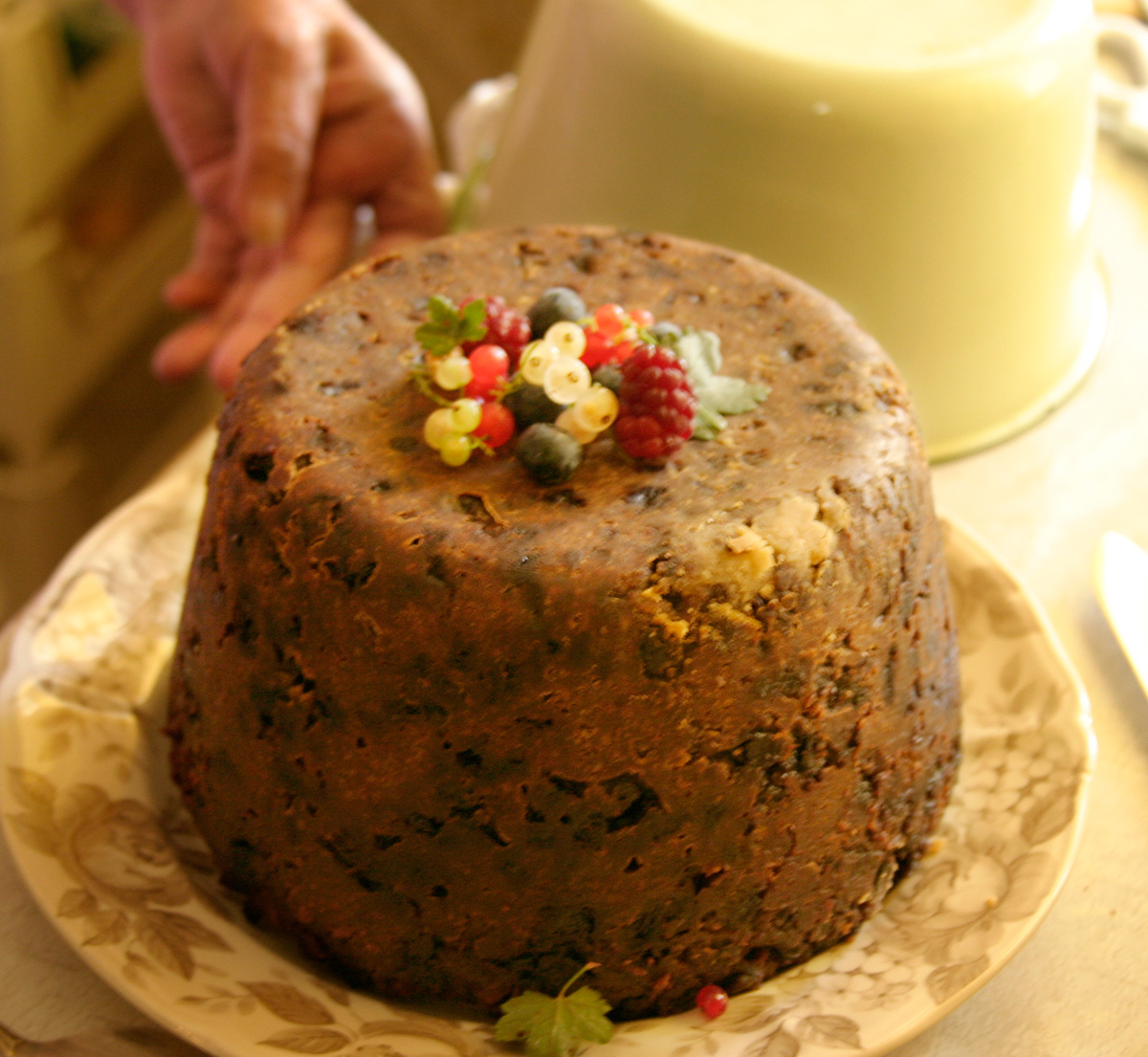 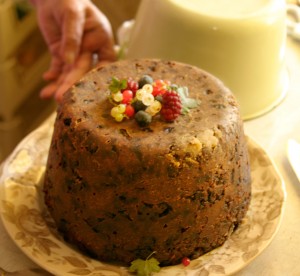 Everyone’s mother makes the ‘best’ Christmas pudding, but my mother definitely does.

The grandchildren queue up for seconds, and it’s not just because of the money hidden inside. Their grandfather has hoarded up shillings, sixpences and two much-coveted two-shilling pieces of ‘old’ money, which have to be returned each year after dinner and exchanged for their decimal currency equivalents.

The longer it sits, the more the flavours meld but if it’s a last minute pudding, make two and leave one sit until you pull down the Christmas tree, and are finishing the cold ham. Next year you’ll resolve to ‘bake early for Christmas’.

Prepare the fruit. Mix fruits together, break up lumps and cut raisins in pieces if too large. You can add the brandy to the fruit and leave to soak overnight, but Nanny doesn’t.

Add fruit to the suet mixture and mix through. Add lightly beaten eggs and flavourings, milk and brandy (if you haven’t already used it to soak the fruit) and stir well. The mixture should be fairly stiff.  Add coins or tokens, if using. At this point, it is traditional for each member of the family to stir the pudding and make a wish (a custom Nanny adheres to rigorously, although there are now only two of them in the household).

Scrape into a greased 2 to 2.5 litre pudding bowl, cover top with two layers of greaseproof paper and secure with string.  Cover with one layer of foil and secure with string.  Pass string under the bottom of the bowl in both directions, as though wrapping a parcel, and make a secure loop at the top so you can lift the bowl by the loop. Put the bowl into a large saucepan with water a little less than half way up. Boil for 8 hours, making sure to top water up regularly so it doesn’t boil dry.

Refrigerate in bowl until needed.  This keeps for up to a year in the fridge, so you can make one for July and one for Christmas at the same time!  Two hours before serving, return bowl to saucepan, add water and boil as before.  Remove bowl from saucepan, turn pudding out onto a serving dish and serve with custard, brandy sauce, and/or cream.

Everyone’s mother makes the ‘best’ Christmas pudding, but my mother definitely does.