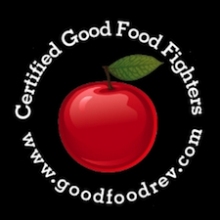 Redefining our wine in North America

The latest Good Food Revolution newsletter (from a long time favourite Canadian food and wine website started by Malcolm Jolley) pointed to a story from co-editor and columnist Jaimie Drummond writing on a Wine Australia sponsored tasting in New York on 26 January. I haven’t seen it mentioned anywhere else (couldn’t even see it mentioned on the local or outdated US version Wine Australia website) so I’m passing it on.

This was a clearly a successful workshop session held with some of New York’s top sommeliers and wine writers and an invited group of what Jamie calls ‘Toronto’s finest sniffers and slurpers’. The aim was to introduce them to our Clare Valley Rieslings and Yarra Valley Pinot Noirs that we’re lucky enough to take for granted.  We know that the current Australian wine marketing in the USA (and UK) has been on price and consistancy (what Will Predhomme, a senior Toronto sommelier called  ” the ocean of yellow seen on the shelves”).  Initiatives such as selling the tradition of our wine families have been tried recently, but this session points to an approach stressing regional difference and single vineyards.

That’s a tough thing to market to a mass public, but surely one of these sessions in strategic North American cities would make it easier for wine distributors to squeeze into top sommeliers wine lists and hence public restaurant-goers awareness.

Paul Henry, director of WineHero Consultants in Adelaide and past General Manager-Market Development for what is now Wine Australia, is quoted saying…

It is both terrifying and galvanizing that a room full of serious tasters in New York can profess both delight and surprise at such relatively ‘mainstream’ propositions as regional specialties – Clare Valley Riesling; Yarra Valley Pinot – from Australia.

All up – Australia needs to work harder to foster a legitimate respect for what it does best – regional wines of authentic interest and genuine sense of place – rather than what it does most – commercial wines of technical correctness and ubiquity.

“It is both terrifying and galvanizing that a room full of serious tasters in New York can profess both delight and surprise at such relatively ‘mainstream’ propositions as (our) regional specialties” Paul Henry.