Star in the north 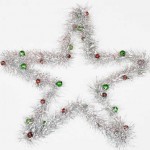 It’s 33o Celsius at 6.30pm and the humidity is about 93 per cent. This is Darwin during the ‘build-up’, the uncomfortable interval between the dry and the wet. At this time of year, tempers fray as temperatures rise and the absence of cooling rain keeps the top end simmering.

The date is 16 November, the football season has just started, and the festive season is at hand. I’m here on business, so I’m travelling solo, and have taken myself off to a tapas place near the hotel for a quick dinner: a glass of wine, a plate of olives and a seat at the counter in front of the window where I can watch the passing parade in Knuckey Street.

Suddenly, there’s movement in the street outside. Around the corner comes a small truck with a scissor lift, followed by a safety car with a multiplicity of flashing lights. Directly opposite my vantage point, the truck executes a U turn, pulling up outside the restaurant window. The safety car follows suit and tucks in behind it at the kerb.

Two men slowly extract themselves from the truck. One is a brawny, tousle-headed surfie type wearing a wife-beater and stubbies (blue singlet and short shorts, for those unaccustomed to the vernacular). The other is a short, compact man with a generous moustache, wearing a safety vest, dusty jeans and, the crowning glory, a truly spectacular green and yellow striped sombrero.

The brim of this eye-catching headgear is wide enough to protect, not just his face and neck, but his whole body. At midday in Darwin, when the sun is directly overhead, he would have been walking around in his own extensive pool of shade. The conical crown of the hat is comically high. With a cigarette dangling from the corner of his mouth, he appears to have stepped out of a B-grade western.

Then a flat-bed truck rounds the corner, the surfie crosses the road and the enterprise upon which the duo is engaged becomes clear. He extracts a silvery tinsel star of approximately his own height from the back of the flat-bed and, arms at full reach, bears it across Knuckey Street.  They’re putting up the Christmas decorations in Darwin!

Up, up, up goes the scissor lift, jerkily bearing the surfie to heights beyond the verandah that limits my view. The Mexican, as I now think of him, gesticulates and encourages from below. For me it’s a pantomime, as the thick glazing of the restaurant window renders the whole performance virtually silent.

Ultimately, the young man returns to earth, everyone jumps back into their vehicles, everyone executes another U turn and they progress 50 metres further down the street. Here they all make yet another U turn, park at the kerb, and repeat the whole performance, this time waltzing a more-than-life-size angel across the road.  I’m wondering why they didn’t just approach from the other direction, which would have allowed them to progress along Knuckey Street without the need for any U-turns at all.

As I emerge after my dinner, the north-western side of the street is festooned with tinsel figures of angels, reindeer, Christmas stars and holly.  Somehow, though, it’s harder to believe in Christmas here, where it NEVER gets cold. But what’s the alternative?  A tinsel crocodile?  No, I guess not.