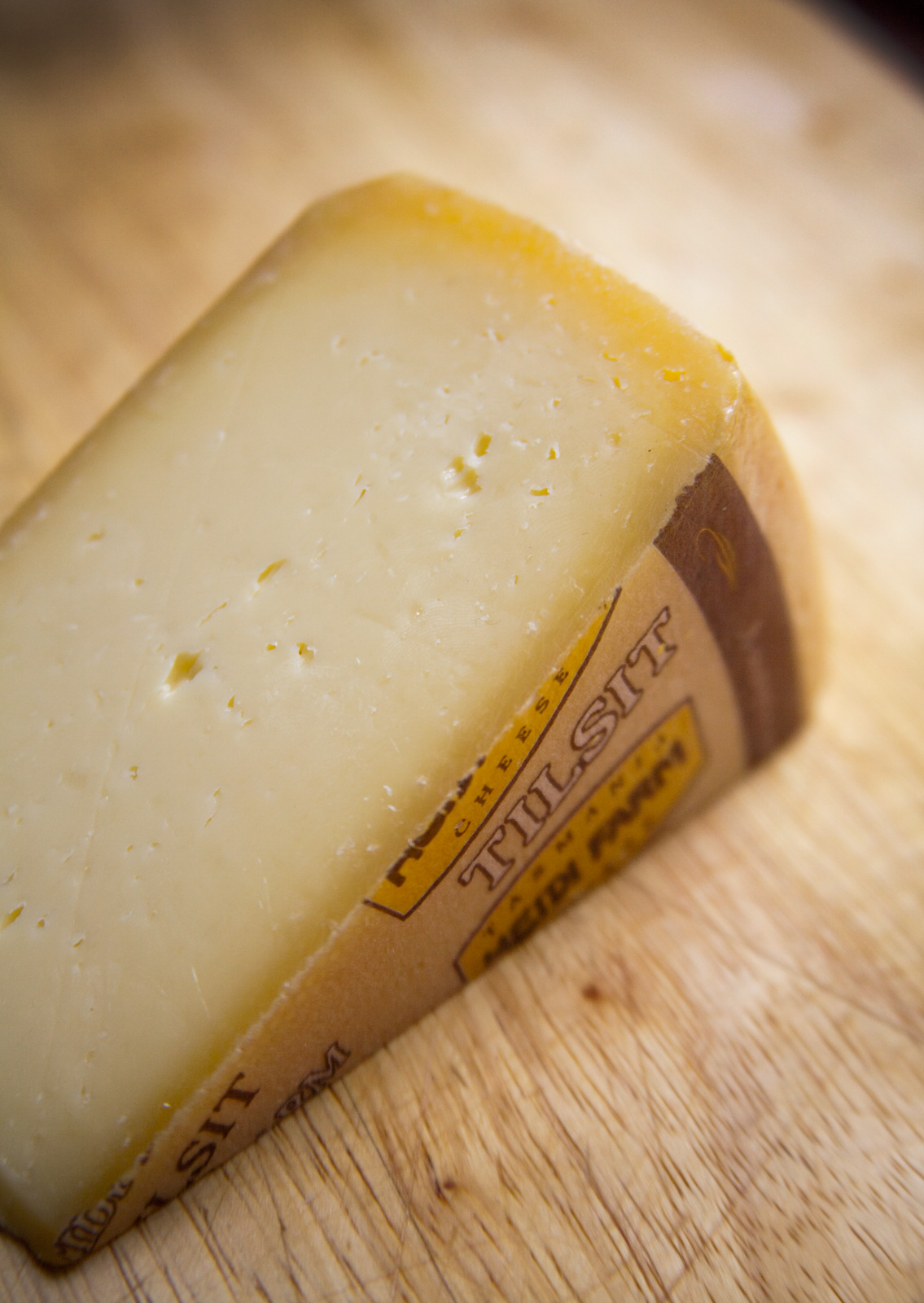 Frank and Elizabeth Marchand bought their small dairy farm just outside of Deloriane in northern Tasmania in 1986, and began making the cheeses Frank had made in the small village cheese factories of his native Switzerland. Gruyere, raclette, tilsit and emmental.

Most of the cheese made was sold at the farmgate with some also going to Hobart’s famous Salamanca market. It was not until the cheeses were promoted on the mainland by cheese guru Will Studd that Frank’s cheese gained a national reputation.

Throughout the ensuing decade-and-a-half these cheeses became icons of the emerging Australian speciality cheese industry winning award after award at shows across Australia. The gruyere especially could be found in almost every fine diner in the country.

Frank Marchand came to Australia in 1975 to work for the Lactos Cheese Co. based in Tasmania’s north at Burnie. Lactos wanted to make swiss style cheese so Frank and his young offsider Ueli Berger (see Page 68 -72 in our print Issue 1 for a story on Ueli), also a recent arrival from Switzerland set about developing a modern swiss style now known as St Claire.

However Frank’s passion was for making more traditional swiss cheeses and it was this passion that Frank pursued on his farm where he was able to control the whole process from pasture management, animal husbandry, to milking, cheese making and sales.

In 1999 a young cheese maker from Burnie, Darren Pease, attracted by the prospect of being part of the complete cheese making process started working with Frank. When Frank retired and sold the business to Lactos in 2002 it was Darren who took over the master cheese maker’s role. Frank’s iconic place in the industry left many doubting that the quality of the cheese could be maintained. However Darren had learnt a lot of “hands on stuff” in his years with Frank. No pH meters. Just hands in the vat. In fact the only change made to the production since Frank’s departure is the discarding of the brining solution. Darren says it was more of a syrup than a brine and would not be acceptable in food safety standards of today. I think this probably accounts for the more subtle flavour of the gruyere today. Darren agrees that there were some wild flavours in Frank’s brine that would have contributed to its unique flavour. The gruyere is made in the traditional way using unpasteurised milk while both the tilsit and raclette are made with pasteurised milk.

Darren says the cheese need personal attention during the early stages of maturation with daily washing with a salt and brevi bacteria  solution for two weeks, reducing to three times a week for up to twelve weeks for the gruyere and up to five weeks for the raclette and tilsit.

The milk for these cheeses comes from only one or two farmers who are paid a premium for their milk as the feeding of the cow is critical – for example they cannot feed their cows silage. The presence of a butyric bacteria in silage can cause a condition called ”blow in” where the cheese develops undesirable flavours. This can be a problem in the wetter winter months as this bacteria can be present in damp feed in the paddock. So production of the cheese may cease for up to three months. However because the last two winters have been so dry production has been continuous with an average yearly production of 30 tonne of gruyere, 12-14 tonne raclette and 10 tonne of tilsit.

It’s Darren’s determination to produce only the best possible product assures the future of these wonderful  Heidi cheeses.

Blessed are the cheese makers.

Heidi Farm cheese has been a consistent gold medal winner for many years and their raclette, tilsit and gruyere cheeses are available all around Australia.