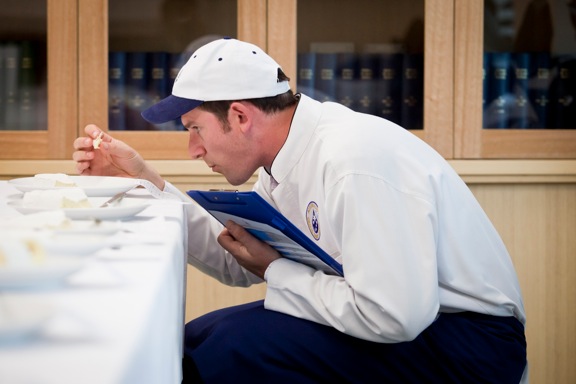 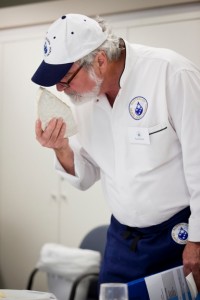 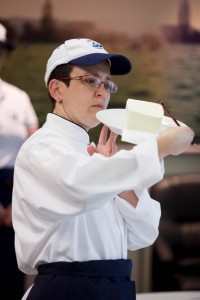 I have just arrived home in Canberra after two weeks in Melbourne judging the Australian Grand Dairy Awards sponsored by Dairy Australia. The awards presented to champion products in this competition are the most sort after in the country. To be eligible to enter, a product has to have been awarded a gold medal in one of the state based feeder shows. The first week saw the judges under the leadership of chief judge Neil Willman taste their way through over 200 dairy products including milk, yoghurt, butter, ice cream and gelato.

Last week the judges tasted 115 cheeses in 9 categories. You might think this is a lot of fun. In fact it’s seriously hard work to maintain your concentration and your palate over a prolonged judging session.

The judging panels are chosen from all over Australia with one international judge. This year the international judge was professor Eric Spinnler from Paris. Professor Spinnler is considered one of the foremost experts in research into flavour development in cheese. His input during the judging was invaluable.

Although the awards have been judged this November you will have to wait until March next year for the announcement of the results.

If you would like to find out more about the Australian Grand Dairy Awards go to www.dairyaustralia.com.au/2012AGDA

Meanwhile, continue to enjoy your cheese.

You will have to wait until March next year for the announcement of the results but the judging is finished for the 2012 Grand Dairy Awards.